The tradition of giving gifts is an old one.

Based on historical evidence, it’s as old as humankind going all the way back to the early cavemen who gave gifts in order to attract a mate or to show dominance.

The type of gifts and the reasons for giving vary throughout history and in different cultures.   The Egyptians buried gifts with the deceased to help them transistion from this world into the afterlife.  During the middle ages, the dowry was established as gifts were given to the father of a future bride in exchange for his permission to marry the girl. Giving gifts at Christmas comes from the religious story itself when the three wise men brought gifts to celebrate the birth of Christmas.

As the tradition of giving gifts varied throughout the ages, the way that we give gifts today was established in the 19th century when technological development and manufacturing made it possible for us to give a broader range of gifts.  France gave the United States the Statue of Liberty to help establish a positive relationship between the two nations.    And even on the prairies as new homesteads were established, neighbors would take baskets of food to newcomers.

While the nature of gift giving has changed throughout the years, and  differed across cultures, the reasons why people give gifts has remained pretty much the same  —  to create and maintain relationships with others.

It is a way to express our feelings whether they’re feelings of love, joy, appreciation or gratitude for another person.   Giving gifts is also a way to cements cultural traditions and social ties among friends, family and neighbors. Gift-giving is a beautiful universal act that is ingrained in our brains and in every culture because it helps people send meaningful messages.

Gift giving is a thoughtful way we can communicate our feelings when we can’t find the right words. If someone has experienced a sad event and we don’t know what to say to show how much you care, a gift can express your feelings without you having to say a word. 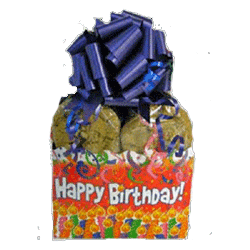 In today’s world, there are many reasons for giving gifts as well as thousands of gifts to choose from.  With time, this process has become a much more important part of our lives. Today, we have occasions on which it’s expected for people to give and receive gifts.

We’re talking about Christmas and birthdays, of course.  To make the gift even more personal, it is easy to personalize them with engraving on something like a bottle of wine or even a keychain.  Business and corporations have access to gifts that are imprinted with their company logo or name to give to can give to both current and potential customers.

There are also occasions other than holidays and birthdays throughout the year when we give and receive gifts.  Housewarming parties and weloming of new neighbors provide opportunties to build new relationships with presents for someone who just moved..  Even property managers give welcome to your new apartment gifts to new residents. 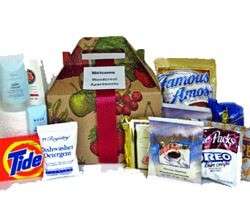 Regardless of the reason or the season, giving great gifts doesn’t have to be a chore.  We make it easy.