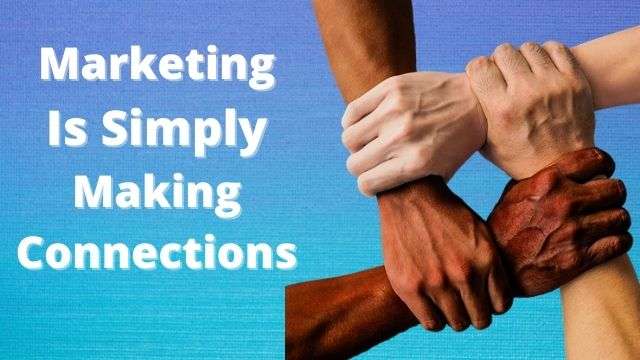 While going through some boxes in my cluttered garage, I ran across one that was filled with stuff that I had brought home with me from my office when I made the decision that I would be much happier selling gift baskets than selling real estate.

In the box were typical things that most people keep on their desk but there were a series of award plaques that proclaimed me “a multi-million-dollar producer” in the real estate industry.

But that wasn’t my first experience selling things to people. 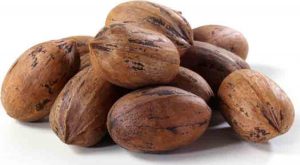 It goes all the way back to my childhood when I picked up pecans in my grandma’s orchard in Perdido, Alabama and sold them to my neighbors in Pensacola, Florida.

My neighbors were regular customers as I crocheted potholders and doilies and convinced them that my products were exactly what they needed.

Years later, using those learned skills, I pushed a stroller holding one child while another stood on the back throughout the neighborhoods of Yreka, California as I knocked on doors and discussed the needs of our community.  A few months later, I was elected as the first woman to the City Council.

By now, you probably realize that I’m a born entrepreneur but the story continues.

My husband, a forester with the US Forest Service, was sent to a fire in Idaho.  When he returned, he handed me a tabloid newspaper saying, “We could do this here in Flagstaff.”

Looking through the paper, I realized that he was right.  “Arizona Singles,” a statewide newspaper for singles wanting to meet other singles, was born.

A precursor to today’s Internet dating services, I discovered several other similar papers throughout the country and started my research. Since it was to be a free publication that would be distributed throughout the state, the income would come from selling the idea of publishing a photo and profile in my newspaper to the single men and women, first in Flagstaff and expanding throughout the whole state of Arizona.  And to sell advertising to businesses throughout the state.

You could say that through the years, I’ve learned a thing or two about sales.

The most important thing that I learned through the many years of experiences
is that “people buy  from people they know and like.”

As a kid selling pecans and crocheted doilies, I learned that I sold more if I didn’t just knock on their door and ask if they wanted to buy.  Instead of focusing on making the sale, I visited with the neighbors, talking about them when I was playing with their kids.

They knew me when I knocked on their door with pecans or a crocheted potholder to sell. I didn’t realize it at the time but while pushing that stroller down the street and talking to potential voters, I was making connections.  I was learning about what was important to them while they discovered who I was.

I didn’t push that stroller with the two kids because I thought it would help my campaign.  I pushed it because I couldn’t leave them at home  But, even though I didn’t realize it at the time, it showed those, whose door I knocked on, that this campaign was important to me and that, in turn, built trust.

When I knocked on the door of someone that I had never met before, I didn’t begin by making a mini-presentation about me and asking for their vote. I began by introducing myself and telling them that I was wondering what they saw as a problem with the current city policies.

By asking their point of view, I was showing that I valued their opinion as well as their knowledge and insights, which ultimately made them feel involved in this election where they may not have previously been.  We talked about them, what they wanted to see, and I left them feeling that I understood them and their needs.

I made a brief note (this could easily be done by recording a note on your cell phone today) after I visited each home with name, address, concern.  Then each evening after the kids were put to bed, I wrote a brief note to each one thanking them for talking to me.

When was the last time you received a short, highly-personalized note in the mail?

Practicing this simple marketing activity helped set me apart from the other 12 candidates and would also set you apart from all your competitors.

Creating relationships and making potential customers feel that I cared about them and their problem was just as important when I needed to convince single men and women to trust me enough to pay for a profile in my newspaper and later when I sold homes and businesses to potential customers.

In both industries, I not only created customers but made friends as we connected.  I attended weddings and had homeowners refer others to me.

By simply being a friend and spending time conversing with the potential customer instead of focusing on the sale is the first step in making that connection that can blossom into sales and perhaps long-term friendships.

Steve Jobs said this very well: “Get closer than ever to your customers.  So close that you tell them what they need well before they realize it themselves.”

Even though today I sell gifts and gift baskets, I don’t think of myself as a salesman.  I consider myself to be a consultant.  A consultant on how to show appreciation, how to remember someone, how to help someone celebrate a milestone.

I want my customers and even someone new who has never bought anything from me before to think of me as more than just someone who fills orders during the holidays.  I want them to think of me as their solution when they have a problem.

My corporate customers may want to increase the moral of their employees, to stand out from their competition as a problem solver.  It is up to me to show them how I can help them do this and how it can increase their profits.

Making sales will be much easier for you if you realize that there are a few ugly truths about human nature and the sooner we start to use them, the sooner sales will become easier.  When you start using human nature to your advantage, people really want to do business with you as they see you as a problem solver who cares about them and their success.

Of course, if you tell them these things about us and our business, they may act as if they care but they really don’t until they know what’s in it for them.  They don’t care how good you are.  They want to know what it will do for them and how it will increase their profits.

A few friends may buy from you “just to help you out” or because “they don’t know how to say no.”  But in order to have a successful business, you must expand these few friends and even these friends will need to know how buying your products will benefit them before they will become regular customers.

When you think of marketing as making connections, you will sell much more of your products.  The most valuable marketing can’t be bought.  It can only be earned.